A fascinating project from the dawn of interactive design, the Art Game employed a combination of systematic thinking with hand-crafted curation that may inspire new applications to visual learning.

The Art Game is a little-known early achievement in interactive design. Created in 1977-78, it was one of the earliest examples of interactive multimedia, and probably the first in humanities education - in this case, learning to recognize the styles of Impressionist and Post-Impressionist painters.

Also notable is that the Art Game comes from the legendary office of Charles and Ray Eames. Over their storied career, the husband-and-wife team arguably invented both the interactive exhibit and the multimedia presentation, but the Art Game was the only Eames “interactive multimedia” in the modern sense of images, sound, and text linked to individual interaction under computer control. Also, it was among the last designs completed at the Eames office before the death of Charles Eames in August 1978.

The Art Game prototype was initially top secret. Sponsored by IBM, the project was part of corporate research into consumer markets, so strict confidentiality was required. As it happened, the company chose not to pursue this direction, and the secrecy melted away. But aside from a page in the Neuhart “Eames Design” book (Abrams, 1989), the project’s only publication is the author’s article in the Association of Computing Machinery journal “Interactions” (May-June 2016): http://interactions.acm.org/archive/view/may-june-2017/art-game

In addition to its claims as a pioneering interactive design and among the final Eames works, the Art Game pioneered a unique method of teaching visual literacy that may apply to other kinds of image recognition training.

The talk will describe the original game experience, elucidate the thinking behind the design, and engage the audience in testing their knowledge of Impressionist and Post-Impressionist painting. 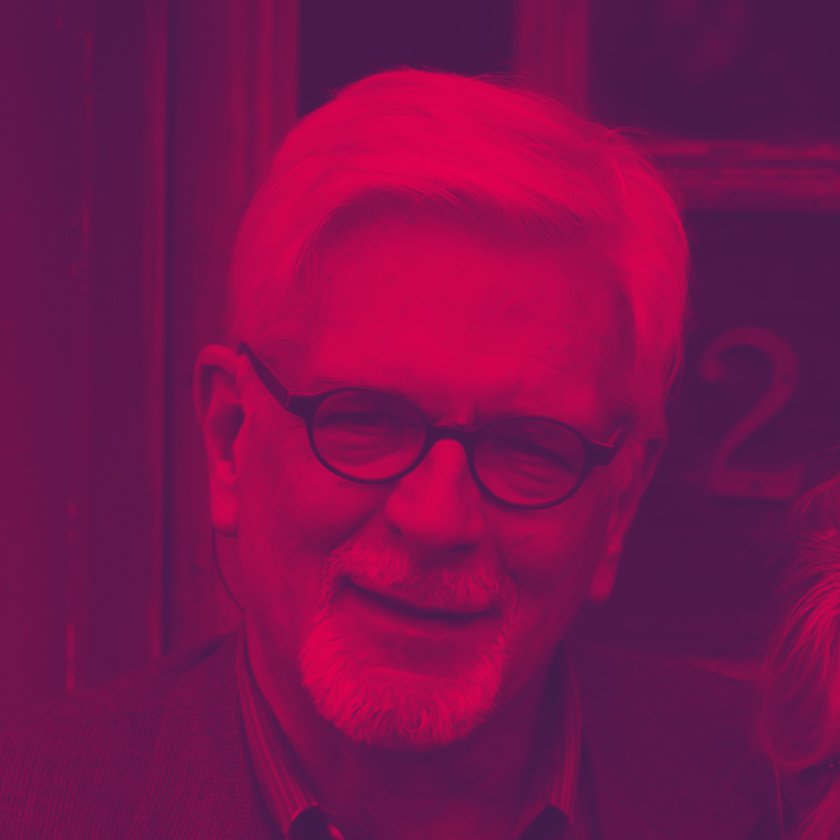 Jim Hoekema has been an interactive multimedia and user experience designer for 40 years. Trained as an art historian and as a book editor, he started as a designer at the Office of Charles and Ray Eames with the “Art Game” project described in this talk. In the years since then, he has worked as an independent consultant for numerous clients, as Design Director for interactive multimedia publishing at Philips Electronics (in the U.S. and Europe), and as a user experience design consultant for Accenture (lately aka Fjord). He retired from that role in 2016. He has published articles on interactive design in professional journals and on art, architecture, and historic preservation in publications such as Artforum, Arts, Architectural Digest. He holds two masters degrees in art and architectural history from Columbia University.